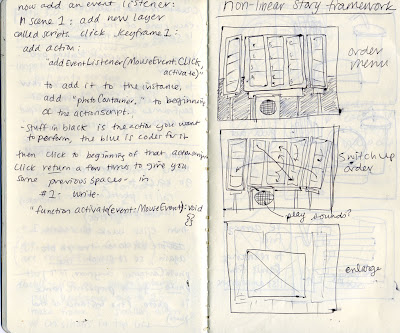 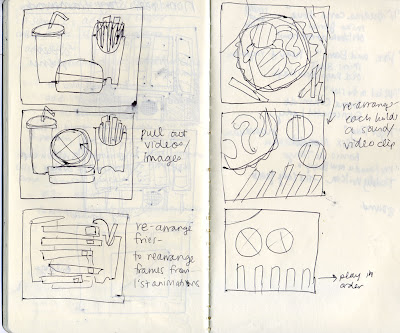 initial sketches of visual directions-  I was playing around with different settings or props that could somehow contain all the work I've done so far in the class. A lot of my ideas were very complex, with advanced flash scripting, etc. that I knew I would never be able to grasp for this project, so I tried changing my direction a little bit, and really thinking about a way that I could clearly present my past work, using flash as the method. I came up with the idea of the ordering screen at a drive thru since it related directly with my fast food theme, and would be a perfect way of presenting different visual elements in a simple, effective way. The intercom system that is seen beside it could also act as the house for all of my sound clips, that could be switched out and experimented with. 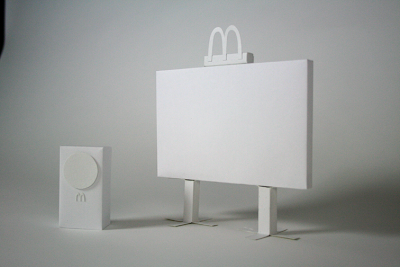 I decided to make another white paper scene for the main screen of my interactive flash animation, to keep with the same style I had been working with in previous exercises (drive thru animation). 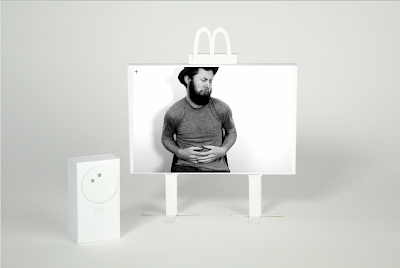 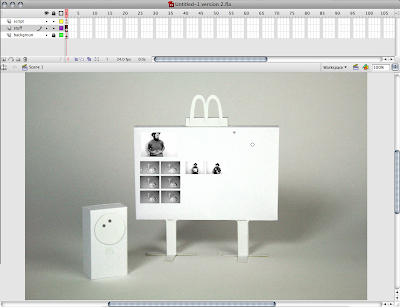 process leading to the final. This project was extremely stressful for me to complete successfully, so although my final is pretty simple basic flash, it took me an incredible amount of time to just comprehend what I was doing. Garrett helped me out so much! One of my main problems was finding a way to keep the enlarging images on top of all the other smaller images on the ordering screen, even if it was on a bottom layer. Garrett showed me how to create a child of each one as it was scaling up, so it would always end up on the top layer, no matter which layer it was on originally. 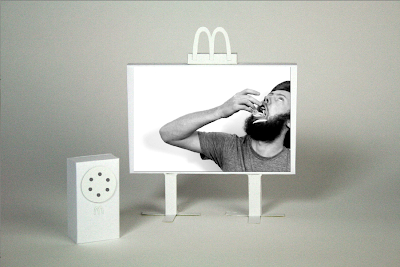 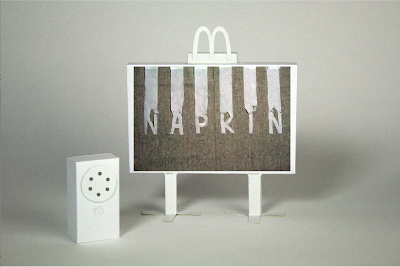 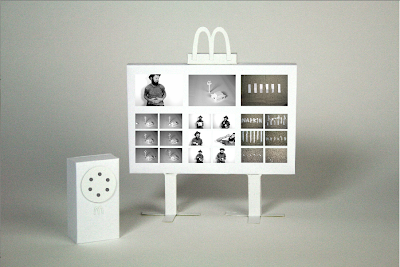 Final non-linear animation! The top three larger images on the screen are my animations, with six stills of each below. Everything on the ordering screen can enlarge to the full size of the order screen, and then the sounds are the grey buttons on the intercom system. Each sound is a different song/voiceover, that allow the visuals to change in meaning while different songs play. The purpose of my interactive piece was mainly as a portfolio of my sound + motion work, but also doubling as an experiment to see how different styles of music can change the meaning and tone of imagery, and vice versa.
Posted by Laura Berglund