Chris Ying and Jordan Bass of McSweeney's came all the way from San Fransisco to lead a design/creative writing workshop with us this past Sunday! The purpose of the workshop was to create a packaging/book design for a short story submission that they received about santa playing baseball on a one man team. My creative writing partner was Michael Smith, and we came up with a package that illuminated a few themes and motifs running through the story.
The first- the idea of the santa machine: bright red and shiny, it has lots of gears, microchips, levers, etc. that allowed santa to win his game while he was being torn apart (literally) by his legion of elves. We created a box that houses the actual story, that has square holes in it. The actual story comes in the form of a user's manual to the machine, and dispersed throughout the pages are cut-out diagrams of screws, light bulbs, levers, etc. that are meant to be cut out, glued together, and assembled, so they can be placed in each square hole to build the santa machine.
A second theme running through the story is that of destruction as a way to progress- as in, if you destroy your own work, you'll work harder on your next project. Thus, we decided that the reader must destroy his own story to progress and build the better santa machine by cutting out the pieces. This also saves on actual production costs, since we're passing off some of the building to the user.
Overall, I had so much fun working on this, and being able to talk with Jordan and Chris- it was awesome! 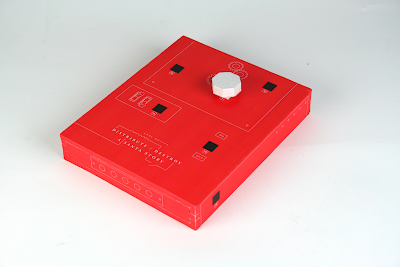 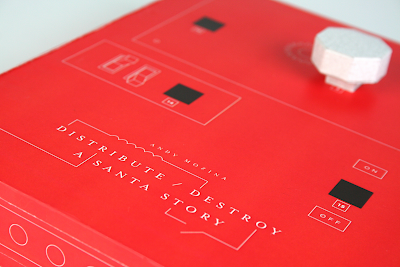 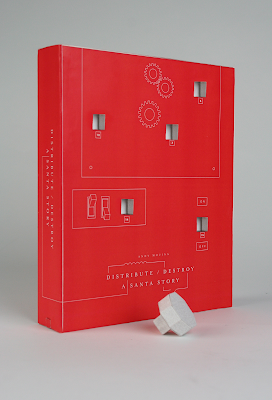 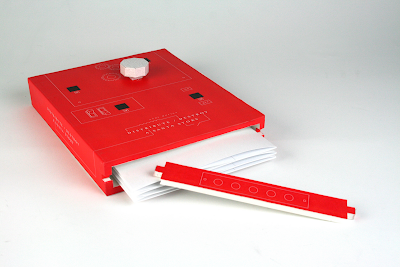 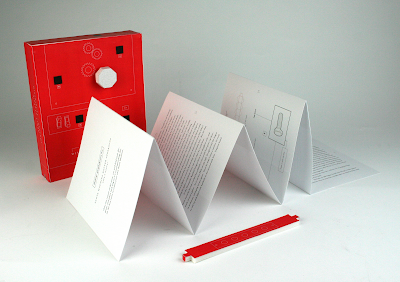 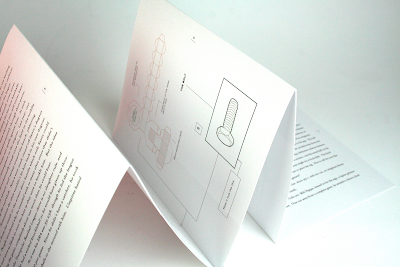 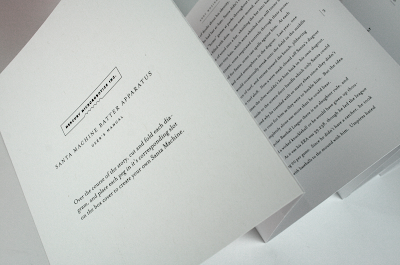 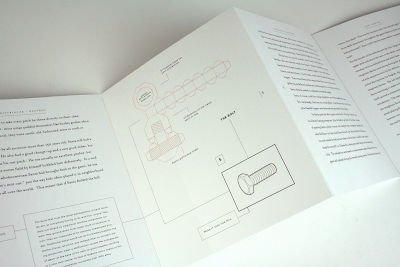 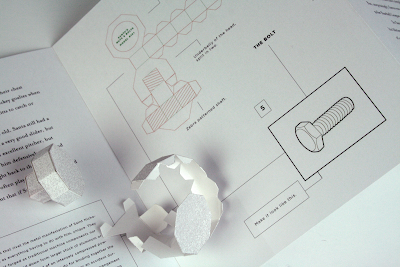 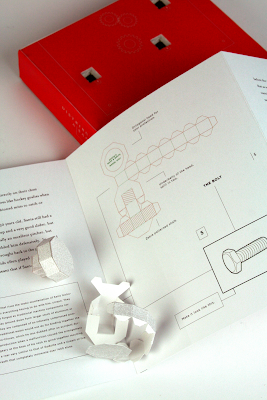