Test #1:
Here, the flags act as a scrolling feature, where each flag would hold a thumbnail image of one of my portfolio pieces. You can click on one, and the image shows below. 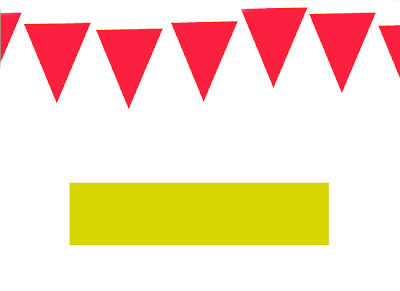 Here, the orange flag is on rollover. 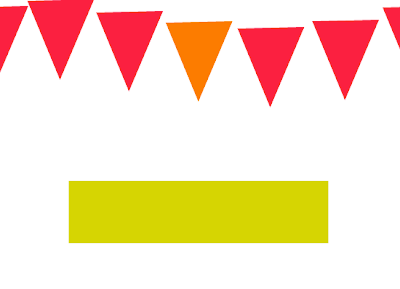 clicked, the colored box below changes. 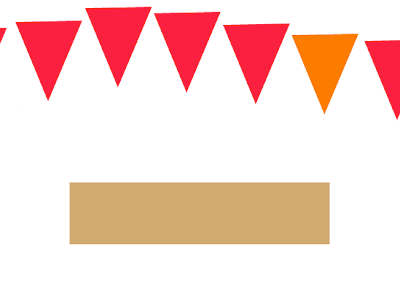 Test #2:
Based on my craft day experimenting with felt, I wanted to create something that I could drag around, expand and contract. 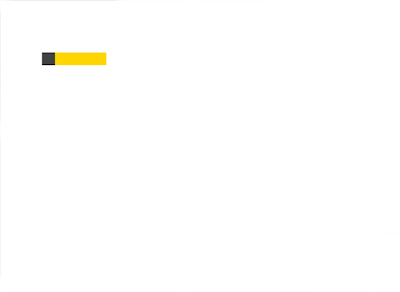 If you click on the thumbnail image (the small yellow band), it will slide open to reveal a larger image 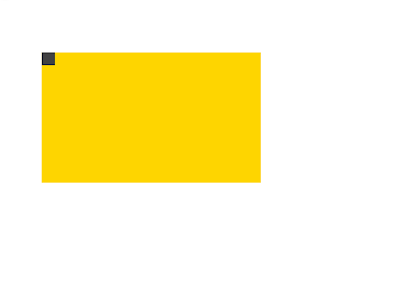 You can also move each piece around on the stage. 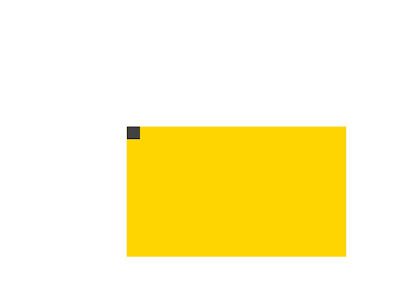 Test #3:
Sliding rollovers. The brown background would be a large, full-bleed image from my portfolio, which would change according to which rollover button was clicked. 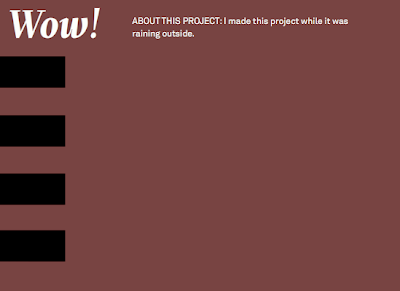 and when you click on one of the rollovers, another sub-section of rollovers appear, hidden before. 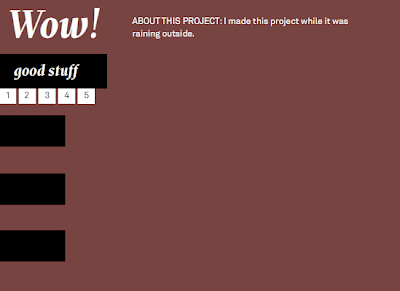 Once you click on the smaller buttons, other views of the background work would pop up on top of the large image. 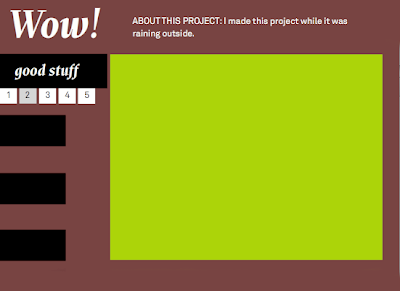 view of another background image. 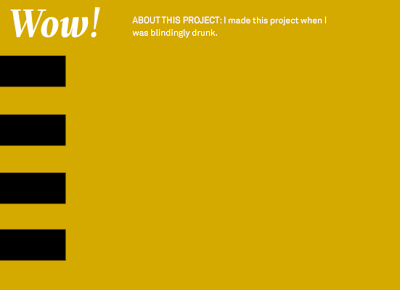 I think I'm going with the sliding/scrolling idea (test 1)– we'll see where it goes!
Posted by Laura Berglund