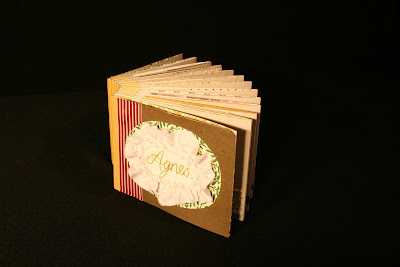 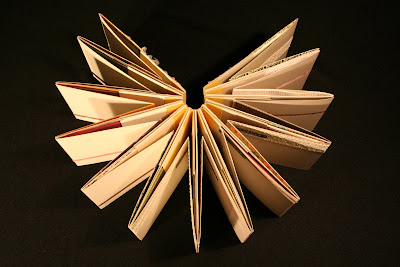 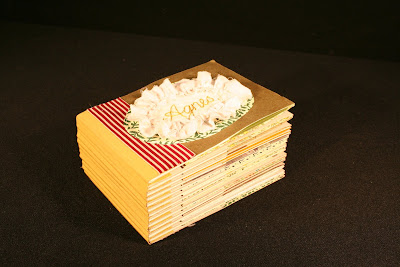 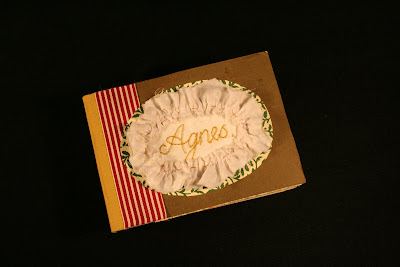 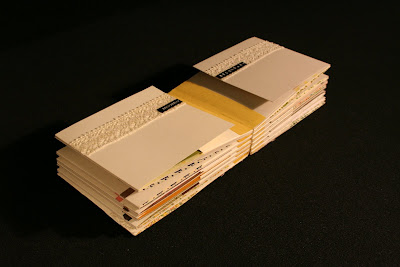 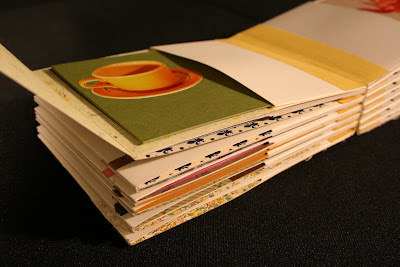 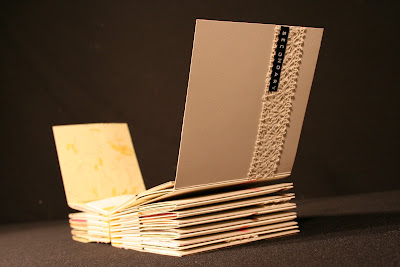 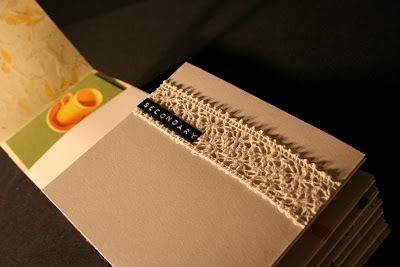 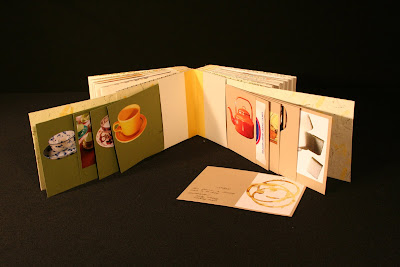 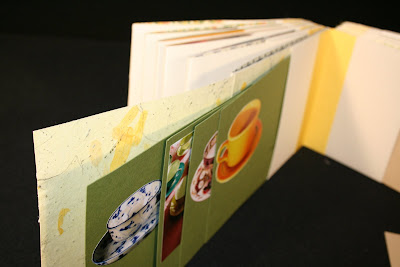 Each pocket folder was lined with some sort of decorative paper, that both matched the color scheme, and worked to emphasize my old lady-ish theme.
Posted by Laura Berglund No comments:

My final list of objects to represent my theme of an old woman's house included:
old television
lace tablecloth
kitschy figurines
wall clock (specifically a cuckoo clock)
vintage pillow and knitted throw
teacup and saucer
old books
medication and prune juice
virginia slims cigarettes and cigarette holder
pearl necklace
old family photographs
pots and pans
Coming up with an idea for the layout and structure of my scrapbook was difficult for me, since I wanted something that was clean and easy to use as far as referencing images for later assignments goes, but I also wanted something that gave me the possibility to easily add more images later on if I needed to. Even further, I wanted my old woman theme to come across somehow, but not to be too cliche or 'whimsical'...
So I came up with the idea of having pockets for each object on my list, containing multitudes of individual cards with single images on each one, depicting icons, indexes, and symbols of each one of my objects. This way, I could easily pull out a set of cards from my book to reference, and I could add more.
Also, it had a conceptual connection with my theme, since old women usually have been living in their home for a while, and have tucked things away in all corners of their home... thus, the pockets.
I wanted it to relate to my theme formally as well though, so I tied my idea in with actual old photo albums or scrapbooks that old women would make or have around the house, with embroidery, handwritten notes in scrawly cursive, and lots of floral patterns and ribbon. 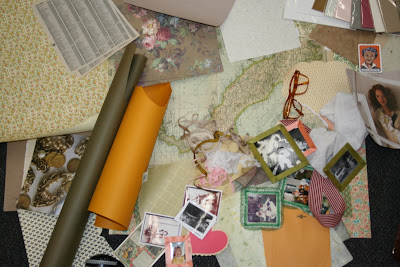 To begin working with a solid color scheme, I created some sort of a mood board of materials by laying them out by my desk, and working from there to put together my scrapbook. 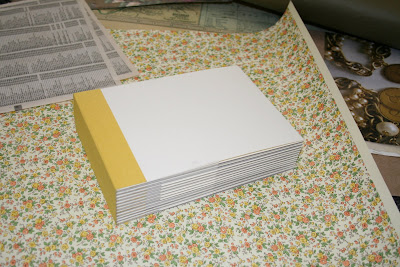 My semiotic scrapbook, as a skeleton. This was just the very base of the book, using pocket folder enclosures, usually used for invitations, and bookcloth. 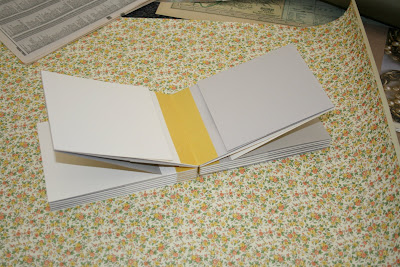 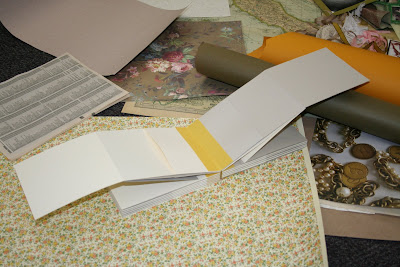 The individual pocket folders were attached back to back, so that each spread would include a white pocket on the left (for primary indicators), and a grey one on the right side (for secondary indicators) for each object I had. 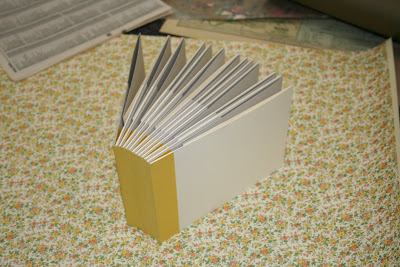 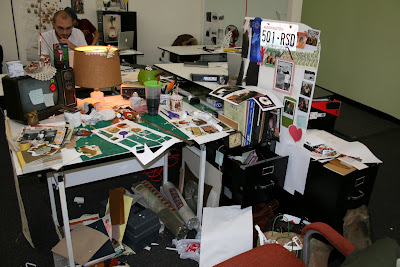 My desk during the process.
Posted by Laura Berglund 1 comment: 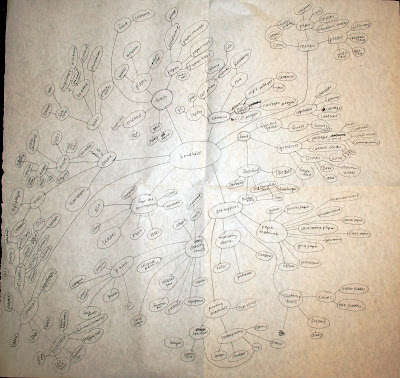 Above: First mind map, 'handheld objects'. I didn't arrive at anything I liked, so I began again, this time gearing towards the theme of 'environments'. 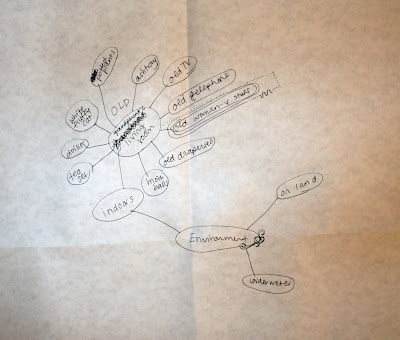 In my second attempt, I arrived at my solution quickly, coming up with the idea of a grandma's living room, and the items that would generally be found in one. Later, I expanded my idea to 'old woman's home', so I could work with more varying objects.
Posted by Laura Berglund No comments: