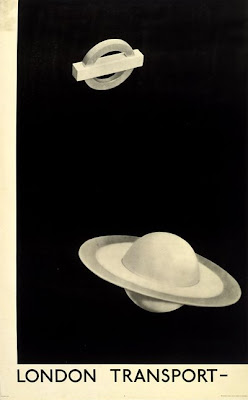 "LONDON TRANSPORT- -KEEPS LONDON GOING"
Man Ray's London Underground poster of 1932 has an ethical appeal, since it employs the london underground symbol in an unexpected surrealist way. Enacting the use of this symbol appeals to its credibility, placing it in high ranks among the planets.
Posted by Laura Berglund No comments: 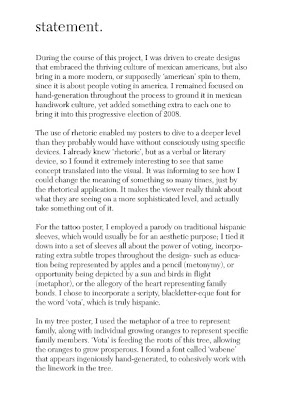 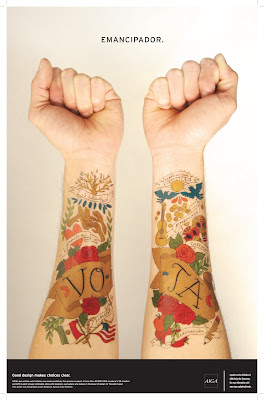 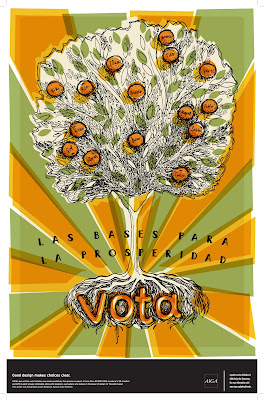 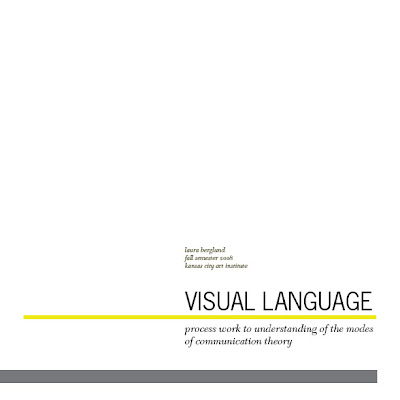 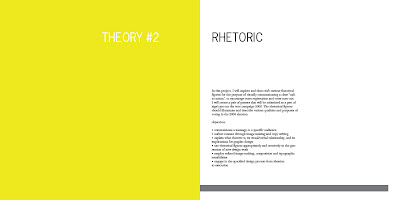 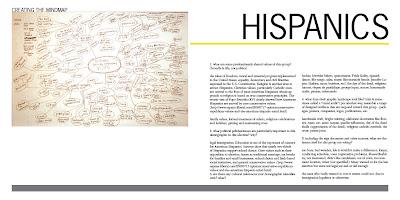 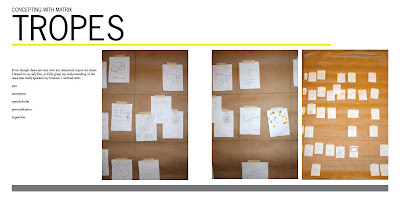 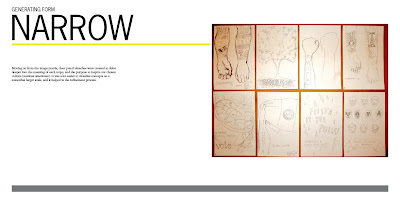 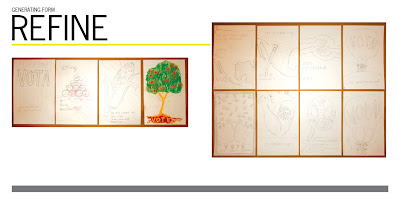 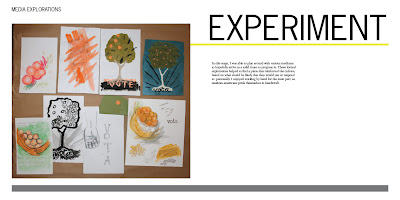 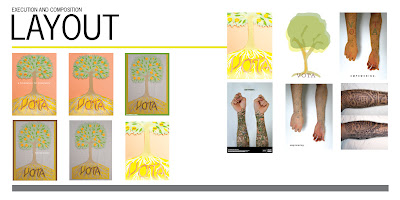 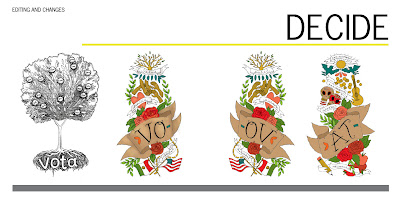 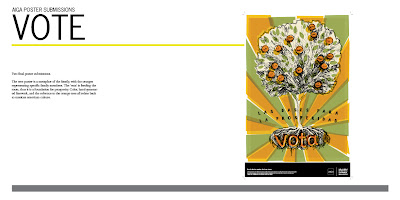 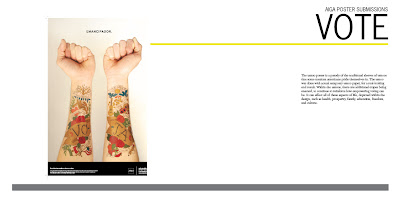 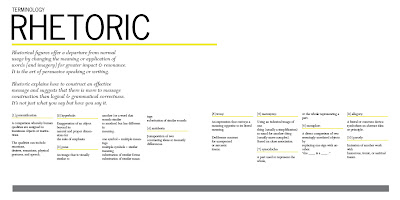 In discussing my posters, the main aspects were about the copy.

We decided that the text "las bases para la prosperidad" disappeared at the bottom where it was originally, although it was nice how the roots 'grew' into the letters. It looked like an after thought, and was awkwardly squeezed into the space. So I moved it up within the trunk of the tree, spread out enough so it wouldn't interfere with the tree. They mentioned that it may not interact as well with it, since it might look like it was just sitting on top of the image, so I allowed for the type to follow the arc of the roots cluster. Other than that, they agreed that the hand-generated aspect was an appropriate language for the mexican american culture, as well as the warm color choices. They enjoyed the metaphor of the tree and oranges representing the family, and it growing prosperous from the vote.

For my tattoo poster, they also were wondering about the word 'empowering' as my copy. They questioned whether it should be present at all, since the image was so strong and empowering on its own. But that was when the arms were reaching up into the sky... now, my poster depicts the arms out in front of the person, looking down on them, which is more subtle. So they said that it would then probably work with the text, to reinforce the meaning. They liked the use of parody, and liked the formal qualities of the poster. They felt a strong connection of the strength in the sleeve tattoo idea, and Vahn mentioned gang members, and their high value of personal tattoos. We decided to lighten up the background a bit from the muddy grey color, to something a little bit brighter.
Overall, the crit went well, just minor tweaks to each poster afterwards. But we did on;y get to myself and Nik, due to time restraints, so we plan on meeting again tomorrow night to give feedback to Angie and Vahn.

Apparently, it's too big to upload onto blogger, so please see my vimeo site here.

I was originally planning to create a vector overlay sequence to add color right on top of the stop-motion. It was supposed to just be transparencies that moved right along with the motion of the photographed napkin pieces, in different colors, but it was sadly a complete failure. I don't really know why I decided to dive into something so crazy and impossible, especially when this is only the second time I've ever used flash!

SO instead, Tyler recommended that I incorporate digital animation in some other way, like separately at the end, in its own scene. I was determined to actually use what flash had to offer, so I tried this route, and I think it's a nice little twist at the end, even though it is struggling to fit in with the original stop-motion.
Posted by Laura Berglund 2 comments:

One step beyond my animatic- for some reason vimeo made it really jumpy...